I've been spending most of my computer time trying to get to where I can edit the pictures from the camera. I can see them on the Mac, but not edit them. I can get them on the PC and view them. But the file format is proprietary, and the Nikon software allows me to view the image, but it won't allow me to edit the file or convert it to a jpeg file.

Most of the pictures aren't very good, but that doesn't matter. I want to post them to flickr and here, but it's a huge hassle to do it, and I could only post the basic image.

I hate this. Plus, or maybe because of this, I've had a low grade headache for the past two days.

I did get one picture that looks good. I'll post it soon. 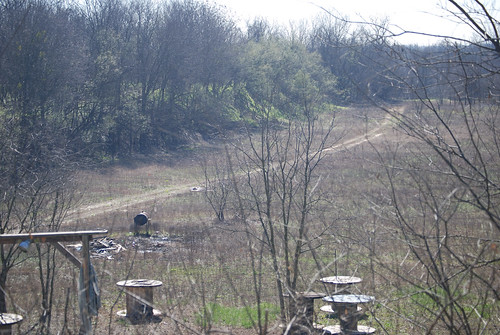