This week George told me that if he was ever drafted, he thought he might just run away to Canada and never come back. This threw me for a loop because my feelings on this subject are so murky. On the one hand, I am a fierce patriot, and the descendant of quite a few military veterans. I know way deep down in my soul that this country is worth fighting, and if necessary, dieing for. On the other hand I grew up protesting the Vietnam war and knowing that the men who chose not to fight were making a hard and  patriotic choice. So this is what I told him.

The way I see it is once you are in the military, you do as they say. You don't refuse, resist or leave unless a psycho president is clearly trying to overthrow Democracy and become the Absolute Ruler of the United States of America and/or the World. But barring that situation, once you're in, you're in, and you follow all legal orders. It's an amazing thing to commit to, and all members of the armed services have my respect and my thanks.

And, in general, if you are drafted, you should suck it up and go. Fighting in a war is a terrible thing. Being there is awful, killing people is awful and having people trying to kill you is awful. The whole thing is just wrong. But sometimes it has to be done. Bullies hate freedom and free people. And every now and then, one of them will get to where he or she wants to take everyone's freedom away. If that happens, and too many people refuse to fight against the bullies, freedom may just become a faded memory. To get enough people to fight, a draft may be necessary. In that case the right thing to do when the draft notice arrives is to sign on the dotted line and do your best.

But if you have not enlisted, and there is a draft designed to get enough manpower for some ill-conceived, possibly illegal, baseless war, serving some business or political sector's private purposes, then perhaps making a public protest by not going is the patriotic thing to do. In making this decision, some people might choose to leave the country, heading off to other countries that have, perhaps, more rational leadership. While that is not a choice I would make, I can understand why they would make that choice.

Others may choose to serve time in prison in exchange for the right to remain in this country. I told Georgie about the fighter who, when he was drafted, felt obligated not to serve. So he, very publicly, accepted a prison sentence instead. He went into prison as Cassius Clay and came out as Muhammad Ali. I've always stood in awe of this man for making the choice he did. I see him as a great patriot. And I hope that if I was in his situation, I would have the courage to do what he did.

Generally (I told Georgie) if there is a draft, it's best to go serve. It may not be the most pleasant choice, and it may get you killed, but what we have in the US is worth fighting for. So, if (as happened to my grandfather and to my father) you are unlucky enough to be the right age when a draft comes up, you should just suck it up and go. I have nothing against trying to pick where you go and what you do. Stateside supply officer sounds fine to me. But in general, though it may seem at the time that the best thing to do is to disappear, you should override that instinct and sign on the dotted line.

If there is a really good reason not to go, don't go. But please consider staying and fighting for our country some other way. This country is amazing. In spite of its faults, it has something wonderful that few other countries have. In fact many of our so-called "faults" stem from our freedoms. Here in the US, the majority has the right to vote idiots into office and the minority then has a right to point out the idiot's flaws without fear of going to prison. That's what makes America great. So, if and when the time comes to make a choice, weigh your options carefully. Hopefully it won't happen. But if it does, remember that our country is a precious gift that's worth fighting for, sticking with and taking care of.

Regardless of your choice, don't ever fall for the line that this war is different, better, cleaner, we have surgical strike capability so only those directly involved will be affected... It's always a lie. There are no good wars. Only in peace will the world be won. 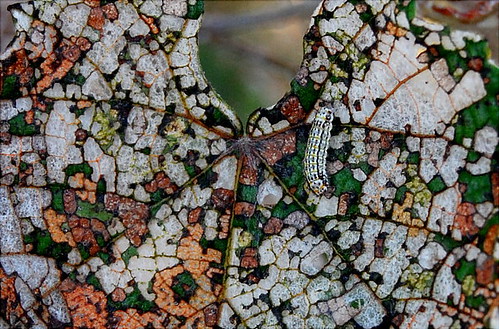