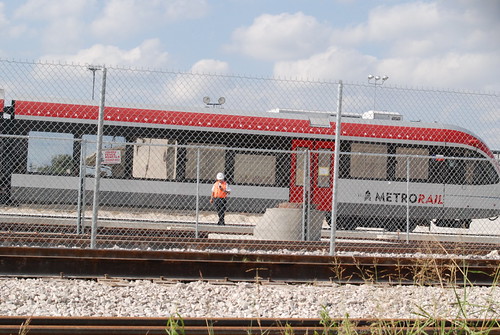 I saw two of these cars at the Capital Metro building near the train tracks.  The guy in the orange vest yelled out to me to stop taking pictures. I smiled and waved at him. Click here to see more pictures.


EDIT: I originally misidentified these cars as "light rail."

doinky corrected me, saying that "These aren't light rail vehicles; they're diesel multiple units (commuter rail vehicles)." I've edited the title of this post to reflect