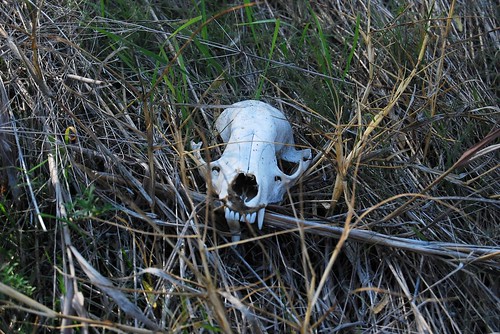 This is how the bones were laid out when I found them: 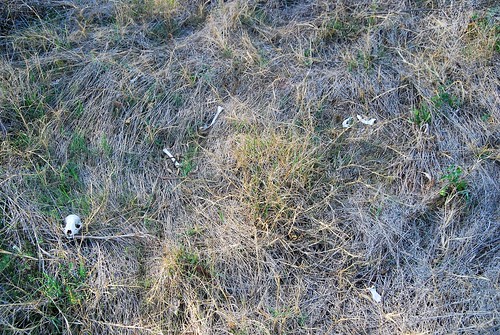 I guess I was too busy and too tired to notice it when I took the picture, but looking at it now the pairing of bone types seems pretty unnatural, as if someone laid them out that way. In this picture, in addition to the skull, there are three pairs of bones, two leg bones, two halves of the jaw bone and two smaller bones, I think they are from over the eyes. Only one of the "eye bones" is visible in this picture. It's on the lower right hand side. There was another one near it, but the pairing aspect hadn't registered, so I didn't get it in the picture.
Those were the only bones in the area.  The ribs, vertebrae and other leg bones were nowhere to be seen.

The space shuttle Endeavour is due to launch at 7:55 p.m. tonight. If you don't have cable TV, you can watch the launch online on NASA TV.

I hope they have an easy and wonderful mission. 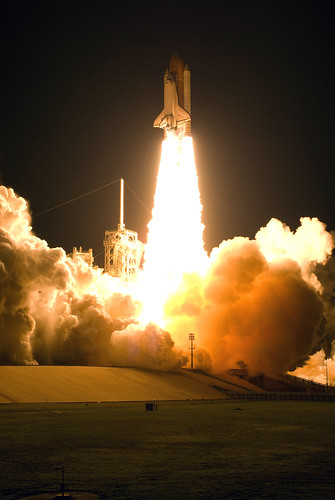