I'm meeting with a plumber out at the land today. Way back when the house was stripped, in addition to the electrical wires and the pipes to the propane tank, the bad guys stole the copper pipes from behind the toilet and under the bathroom sink. And when they took the pipes under the kitchen sink, they took the sink as well. So I need to get some plumbing done before the water starts to flow next week.

There's a scavenged sink in the kitchen that should work just fine. I figure to get one of the free water-saving toilets the city is giving away. So the guy is going to give an estimate on hooking that up and replacing the pipes and faucets that were stolen.

By the end of next week, there'll be a whole new set of stuff for the next round of vandals to steal.

And the vandals seem to be ramping up just in time. Last week, someone left a pick-up truck with no tires. It looked stolen to me, but the cop said they had so report on it, so she just had it towed to the impound lot. It was a pretty truck and there was a money bag on the front seat. My yard hippie found it. I'm hoping that he scared off the bad guys while they were in the process of stripping it. If they were scared away, they might not come back so soon.

The development does seem to have reduced the number of miscreants in the area. But I did find a hooker and her john on one of the empty roads in the middle of the housing development last week. When they saw me, they drove a little bit further down the road and I let them be. But If it seems the bad guys are starting to come back, I'll start chasing the hookers off even if they are over in the development. Riff-raff begets more riff-raff, so it's best not to let it start.

Here's the truck they left: 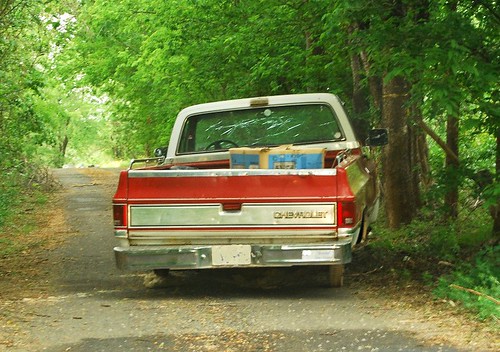 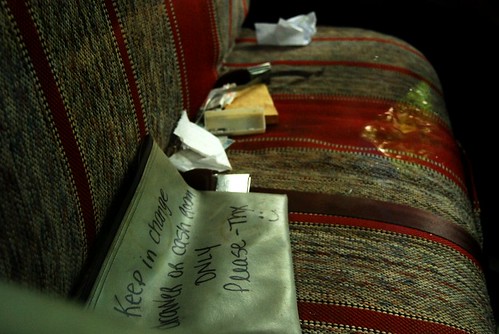 And here are some pretty flowers that were nearby on the side of the road: 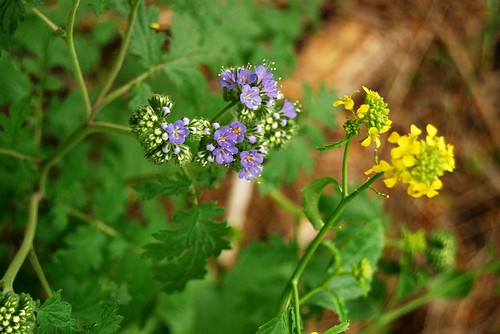