Health Report: I had a rare evening migraine a couple of days ago. It may have been triggered by some Persian food I ate from a restaurant called Alborz, but I hope not because I love the food there. It came on quite fast. As soon as I realized that it wasn't a regular headache, I took Maxalt and Phernigan. The pain got worse really fast and I started to get really nauseous. I was in bed chanting, "come on Phernigan, come on Phernigan..." And then it kicked in and I fell asleep. I woke up the next morning feeling fine.

Stupidity Update: I stabbed my elbow on a knife that was sharp-end up in the dish drainer. I hit it hard and it really hurt. Remind me not to do that again.

Weather Update: We've had two inches of rain since Friday, and it's gray and cool so the water has had a chance to snik into the soil rather than evaporate. It should be damp for a couple more days. The countryside is greening up nicely.

Movie Update: I saw Zombieland, It was exactly what I expected. If you like that kind of thing, I recommend it.

Land Update: I found a cool flower down near the river. My friend Dyanne Fry Cortez helped me identify it. It's called Purple clematis and it's really cool looking. The one I found is growing on the ground, but apparently it's a vine. I'll try to plant some around the dead elm tree up by the house, but it may be too dry up there. Here's what the flowers look like: 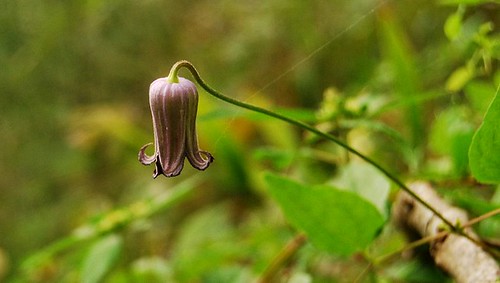 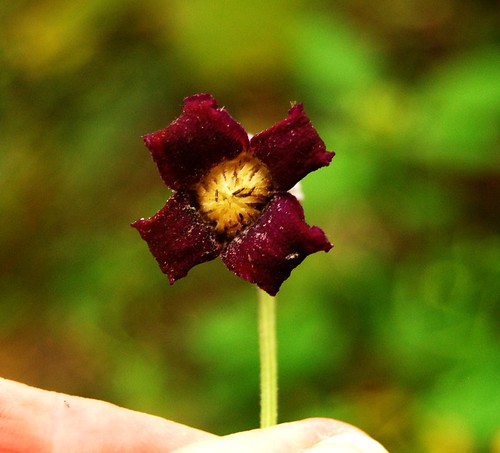 And just so you all know, I hate house cleaning. I really, really hate it.
Collapse