It's cold and wet, which is my least favorite weather. The raindrops are so big they look like snowflakes. It's rained over two inches since last night and some musky-smelling animal has taken shelter somewhere nearby and the house is full of their odor. So I decided to post some sunny day photos from earlier this month. These two photos were taken in the same area. The shed in the second picture is just outside of the left edge of the first one. I was going to put a 40 foot storage container where these flowers are, but it doesn't make sense to bury the flowers, so I'll put it somewhere else.

A couple of weeks ago there were mostly four-o'-clocks: 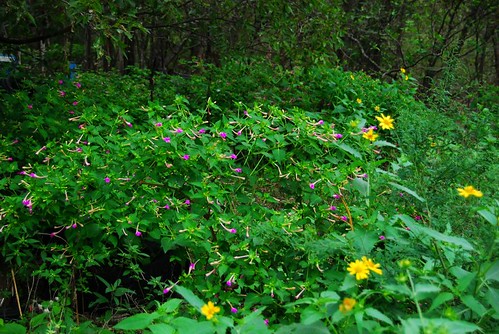 Last Saturday it was all sunflowers: 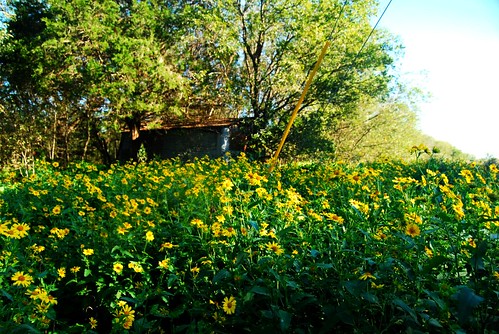