Me in my Pussy Hat. My non-knitting sister knitted it for me with spirit and love and I will be wearing it proudly at the Women's March in Austin tomorrow. (https://twitter.com/hashtag/PussyHat?src=hash): 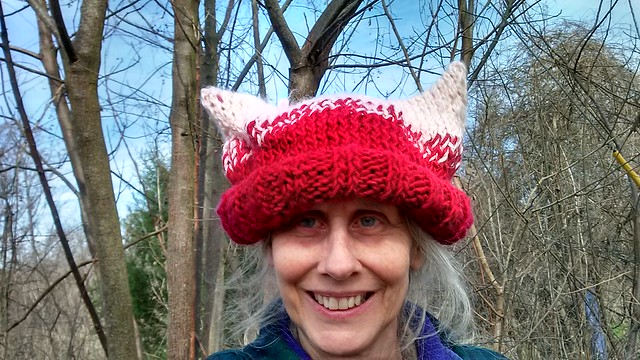 My cousin, the US Supreme Court judge Benjamin Cardozo, speaking about dissent:

My cousin, the poet Emma Lazarus, writing about immigration: 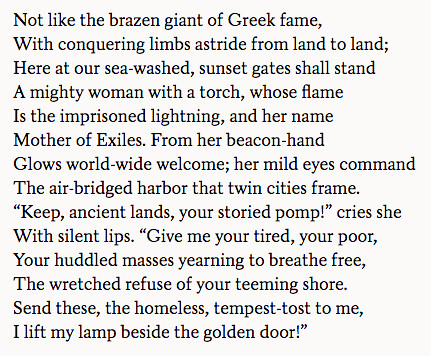 I believe in the power of protest. I've been going to demonstrations since I was about 5 years old. Here's a flier from one I probably went to when I was in junior high school. Progress is slow, but back then, few people thought there would be a black president in our lifetimes, gay marriage wasn't even a concept and almost no one thought that marijuana would ever be legal anywhere in the United States. Change is slow, and it takes work. But our overall progress has been for the better. 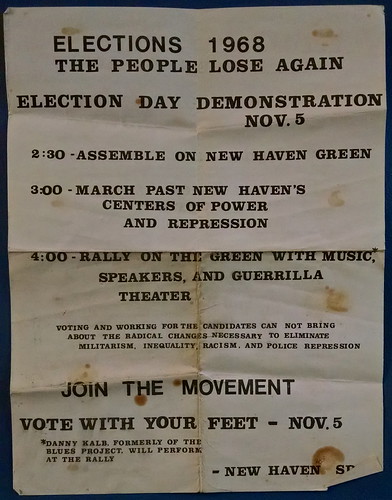