The big event in Austin today is the demolition of the Intel Building. Intel started to build an office building here around the end of the year 2000. Blaming "a slowdown in the computer chip business," they stopped construction on the building just a few months later. It's sat around since then. At one point, it was used as the backdrop for a ballet.

Well today they sort of imploded the building. Georgie wouldn't get up to go see, so I took pictures of the event on my TV.
Before (from KVUE.COM) 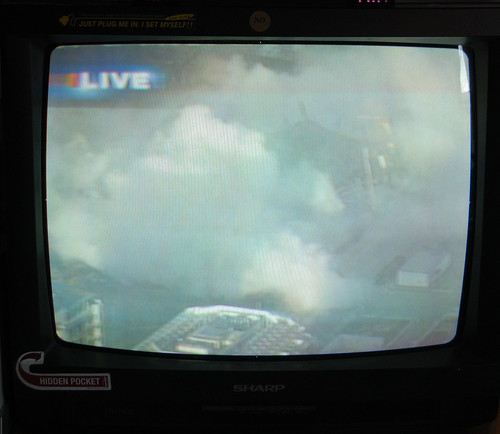 They said there would be very little dust. 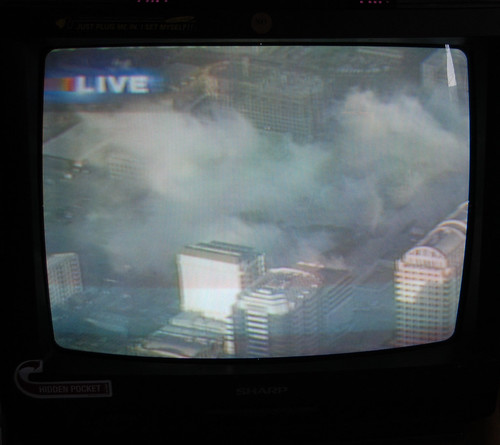 The also said that the building would be demolished. But when the dust cleared, this is what was left: 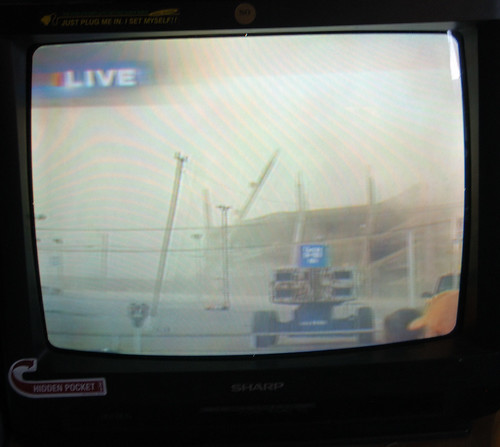 Now they are saying that the demolition worked as planned. They say that they planned to leave the walls standing all along. Uh, OK, if you say so.
Subscribe