One of my interests is the New Madrid fault line. It doesn't behave like the fault lines on the west coast. The big New Madrid quake was actually a series of earthquakes over a period of almost a year. It must have been quite terrifying.

My favorite part of the story (since I wasn't there at the time) is this part about fire in the sky, "Three large extraordinary fires, in the air, one appeared in an easterly direction, one in the north, and one in the south. Their continuance was several hours; their size as large as a house on fire; the motion of the blaze quite visible, but no sparks appeared."

There was a 5.2 earthquake last night in Southern Illinois. I hope it was an isolated incident. But the 'quake watcher in me can't help but wonder... 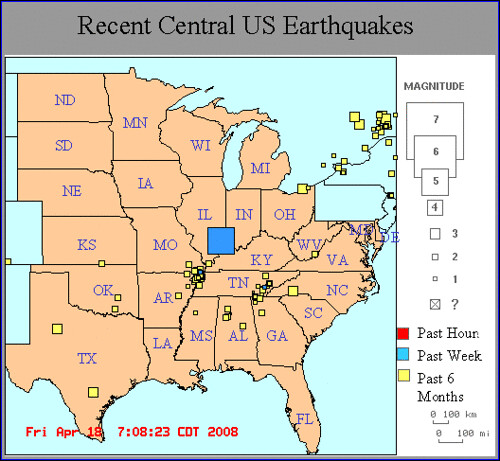