Yesterday was a very busy day, way too busy for my taste.

I got up at 5. I had to get G to school extra early because his school choir was singing in a competition. On the way home I stopped at a house that I could buy and move onto my land. It looked nice but smelled moldy, so I probably won't take it. I didn't know exactly which house it was, so while I waited for the seller to call and tell me, I roamed the neighborhood around the house. There was a small green belt along a creek and it was really beautiful. Rich and I have been going to Kevin Anderson's series of lectures about the history and nature of the Colorado River, and it's made me see things so differently. Then the seller called, I checked out the house and it's pretty little yard and went home.

I had set up to meet around 11 with the plumber out at the land because the water coming out of the pipes in the house has gunk in it. He called and we arranged to meet in a hour. When I was about set to go, I got an important call about a tax form I was missing, and while I was talking to them G called. He was away at a choir competition and I wanted to answer and make sure that things were OK, so I told the tax form people to call back and answered G's call. He was calling to say his choir had won a trophy in the competition they were in. Then the tax people called back and I figured out how to get the form and send it to my tax guy. So I ended up late for the plumber.

The plumber wasn't upset. He had gotten in and was working away. He determined that there is lots of weird gunk in the hot water heater. It's a combination of what looks like gray silt, some white flakes that feel like soap, and some clear balls that break easily and feel like oil. Also, at one point there appeared to be an oil sheen on the top of the water that was coming out. All of this makes me worry that the pump for the well is going out. So I'm going to send photos and a description to my well guy and see what he thinks. 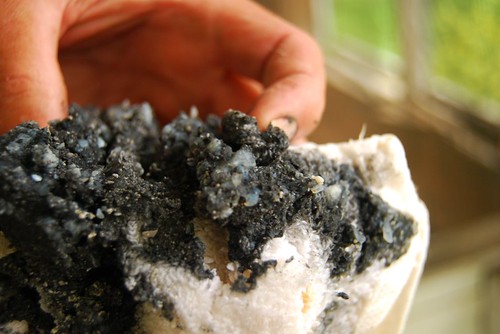 After the plumber left, I wandered around looking at the land and taking photos. Everything is really beautiful there and I found a cool new flower. It's a green stalk, about 3 or 4 feet tall, with leaves growing out from the stalk, and a bunch of tiny pink flowers at the top. 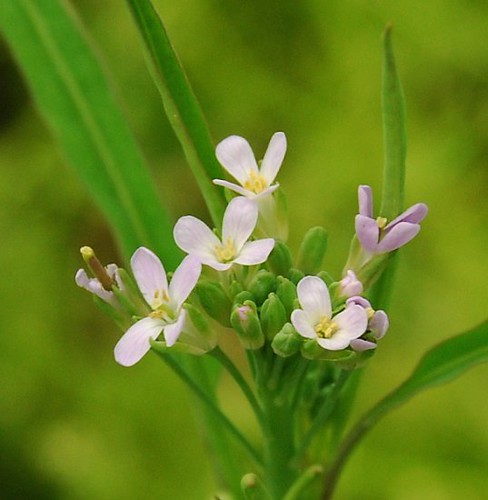 Click here for more photos of this plant.
Then my tax guy called and asked me to meet with him to get my tax stuff finished. By the time I was done with that G was waiting in the rain at the bus stop. I picked him up, mailed my tax stuff, went home and fell asleep. After a while, I managed to get up and whip up some dinner, then I fell asleep for the night.
Tags: george, nature, the land
Subscribe