Extra! Extra! Read All About It!

I got to be an extra in the film Bernie, which is directed by Richard Linklater. It stars Jack Black, Shirley Mclaine and Matthew McConaughey, but I only saw Jack Black who seems like a nice guy with a very workmanlike attitude. I didn't get to meet him, but many of the extras did and they say that he was very friendly and not standoffish.

The first day I was called at the last minute to play a widow in a scene where it would just be me and Jack Black. I was really excited and rushed out to Lockhart where I was put through hair and wardrobe only to discover that someone else got the part. I was pretty bummed, but I was told to stick around and eventually I got to be a silhouette in a scene where Jack Black and some very talented actors perform a scene from The Music Man. The scene was amazing and fun to watch, but I was disappointed about missing out on my big moment. Here's a picture of me getting my hair done in anticipation of the big scene that never happened: 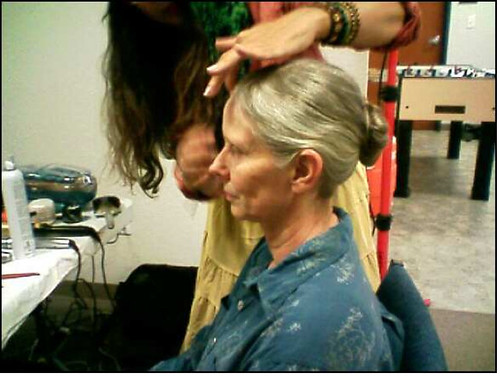 Then last week I got called to be a mourner in two funeral scenes in San Marcos. The original call time was 6:30 am, but they changed it to 8:30 am. Even so, the holding area was in an unheated drafty tent and the early morning temperature was around 40° F. So I chose pants for my first outfit and, lucky for me, Wardrobe approved my choice of outfit. They picked a skirt, tank-top and light jacket for the second scene but it had warmed up by then and I was comfortable in that outfit. I may be visible in the movie as I was sitting quite close to Jack Black during one of the scenes. But I may wind up on the cutting room floor. Either way, I had a good time and I will be happy to get my two $50 checks when they arrive.


For the first scene, my hair was put up in a style that's called a "twist:" 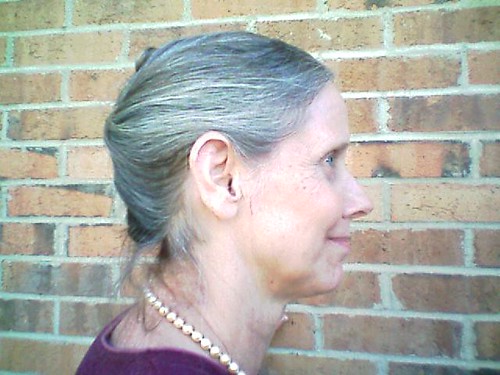 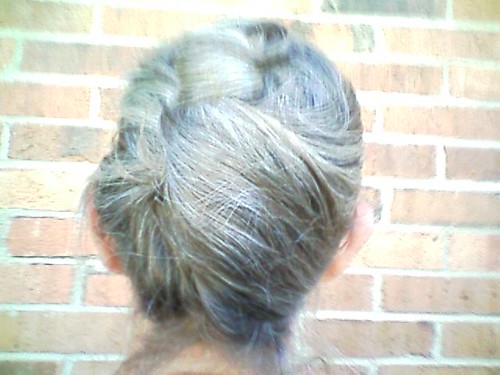 This is me with my twisted hair and my first outfit of the day. The shooting was inside where it was warmer, so I didn't wear the jacket in the scene. 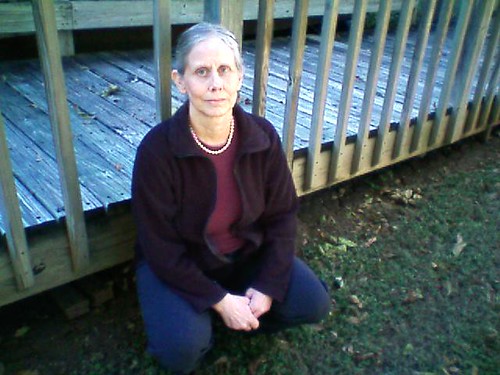 And this is me in the outfit I wore for the second funeral. In addition to changing clothes, they let my hair down and tied some of it back in a clip: 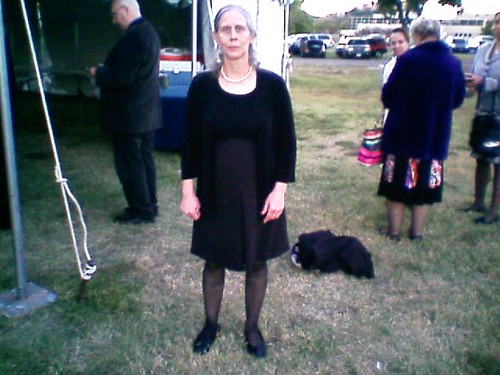