Stephen Gaskin died today. He did a lot of things, including founding The Farm, a commune in Tennessee. And he wrote a book called Hey Beatnik!.

The book covers a lot of different things. For one thing it talks about how the folks at the farm had to learn from the farmers with farms around The Farm in order to learn successful farming techniques as opposed to idealistic organic hippie fantasy farming techniques. A lot of that involved working through the intersection of idealism and reality. I was about fourteen when I read this, so that was an important concept for me to learn and he explained it well. There are other ideas and explanations in the book that influenced me.

I never saw Stephen Gaskin and I know very little about him as a person. But I really appreciate that he wrote Hey Beatnik. As an example, here's a passage from the book that taught me that personal change is a process that requires that you be patient with yourself. Learning this has made my life easier, because I have a hard time changing, and it's easy for me to get frustrated with myself.

Hey Beatnik! is somewhat dated, but it's still a good read. You can download a pdf from a link at http://publiccollectors.tumblr.com/post/1070930431/heybeatnikthefarmbook. 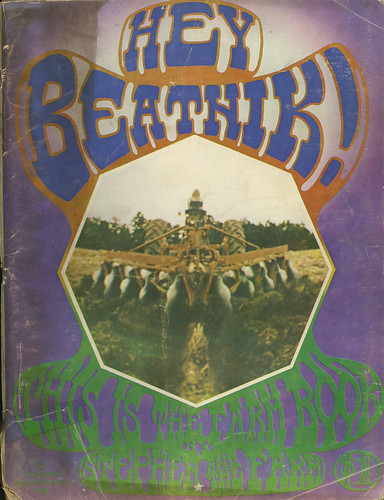