Facebook and I are having a dispute about my account, so I've been back reading LJ and I've decided to start back posting here. It's been a while and the format here feels unfamilair and thus a bit uncomfortable, but here goes nothing...

So...My kid George graduated high school and is now in college in NYC. He's going to an art school and seems to be having fun. Here's a photo of him with me at his graduation ceremony last June: 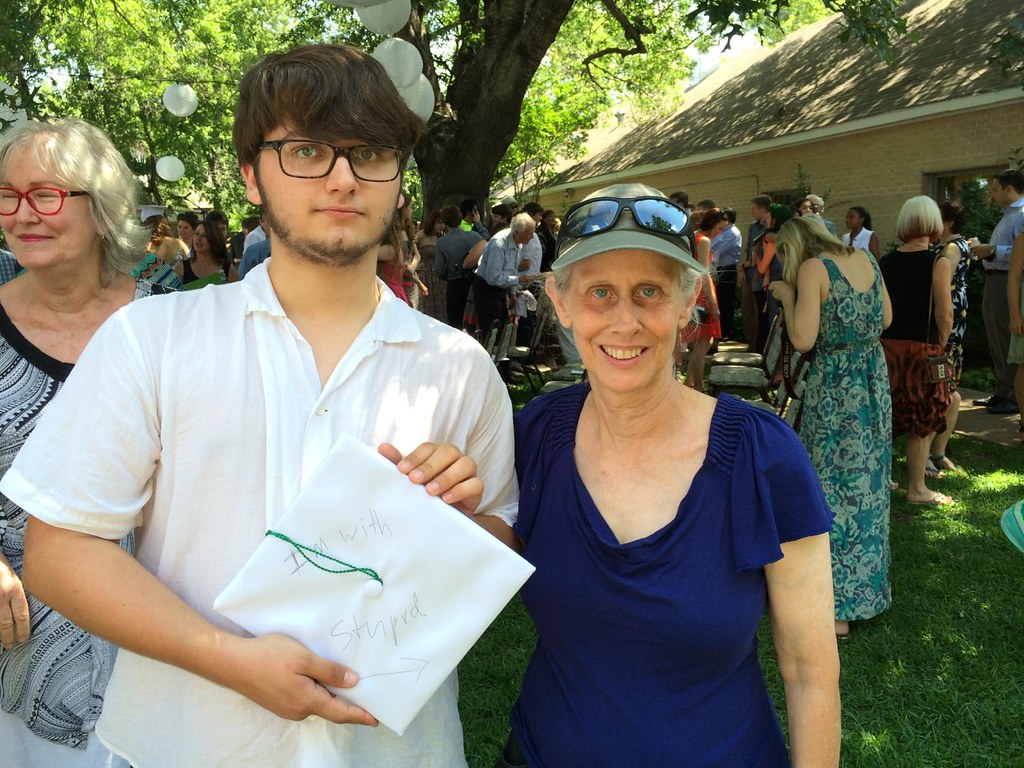 I'm still living in the house on the land. I've learned a lot. Sometimes I feel like I've done very little and other times I feel like I've done a lot -- it depends on the day. Today I don't feel like I've done very much. But I did repair my broken sash-weight window earlier this week. It's been stuck open for a year. The repair wasn't nearly as difficult as I thought it might be. The weight had tilted and jammed because it landed on a pile of crumbled up dried mud wasps nests. I freed the weight and replaced the broken rope on the other side of the same sash. Now the window works just fine. Here's a picture of the gap I opened to free up the weight and get the mud out. I couldn't pry the panel completely off without damaging the plaster, but since I didn't have to rehang the weight, that wasn't a problem. 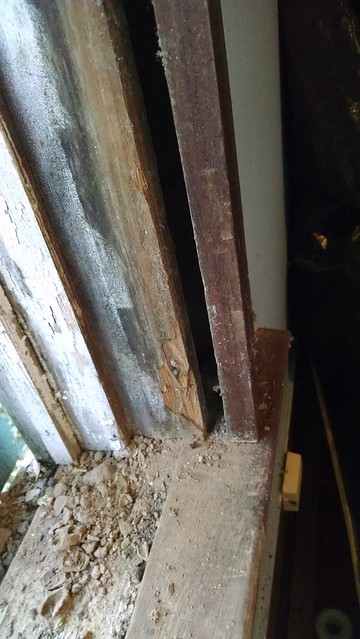 Here is a picture of the sash-weights behind the panel on the other side of the window. That's an old mud wasp nest at the top of the photo on the rope. 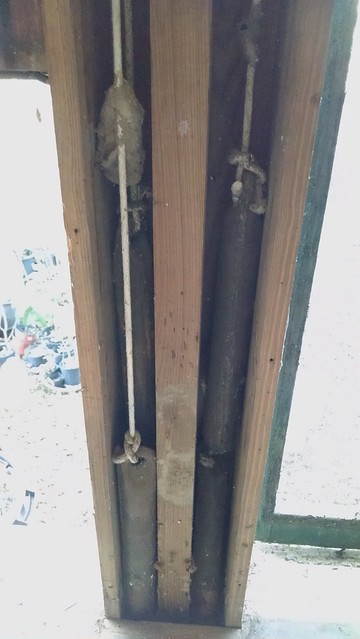 This feels like the most boring post in the world, but it is what it is. Maybe a nature picture will help spice it up. Here's a picture of a tiny frog I found in a damp cardboard box outside the house last week. 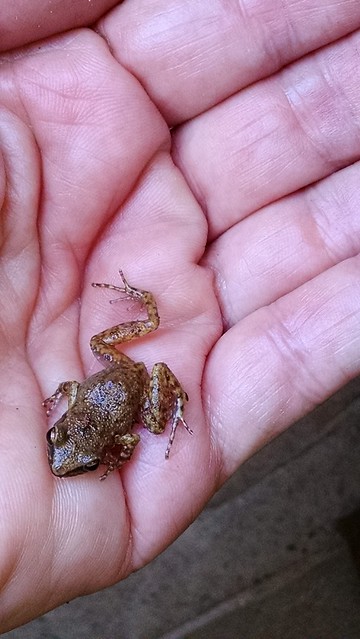 Here's a picture of the Colorado River during the flood we had on October 30th. The river is about 8-10 feet up from where it normally is. The water is covering a riverbank path. 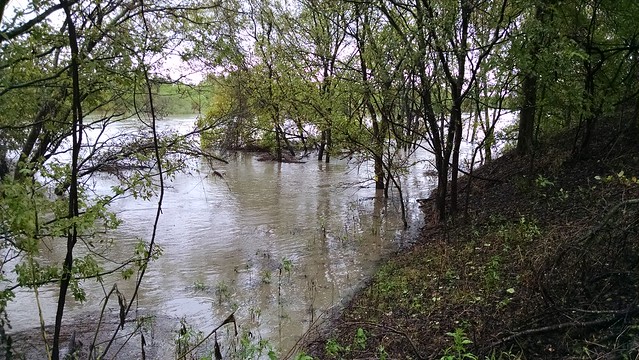 And here's a video of the storm. It rained like this for hours. My neighborhood ended up getting over 14 inches of rain.

I just realized that I should put this post behind a cut. Ugh. I hope they've made inserting a cut easier than it used to be.