I'm slowly uploading my Christmas trip photos to Flickr. I made the mistake of trying to upload them all at once. I put a ton of time into tagging, naming and describing everything and then, of course, the uploader crashed. So now I'm uploading them in dribs and drabs. Click on the cut to see some stuff from the first few days of my trip.
My flight to NYC left early in the morning, so I got to see a glory around my plane's shadow. 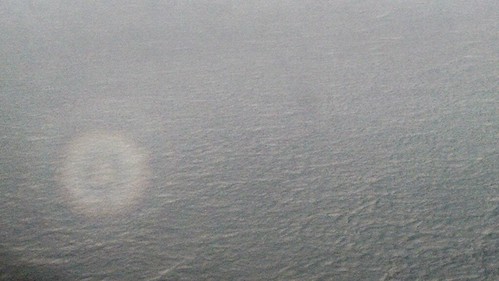 New York City from the air: 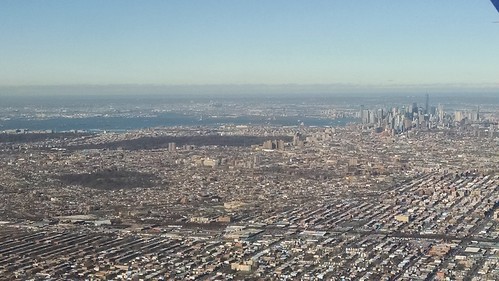 My cat Chloe has turned out to be quite a traveler. She seems to enjoy seeing new places and doesn't seem scared or try to run away when I open her carrier to let her look around. Here she is in the plane after we landed at JFK. 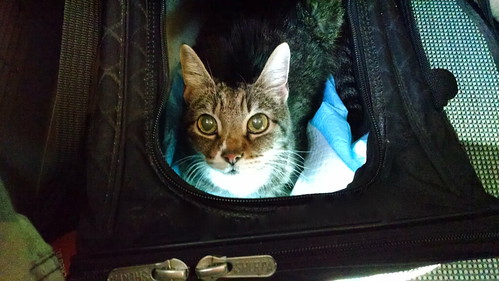 Me and my sister at her house in Brooklyn: 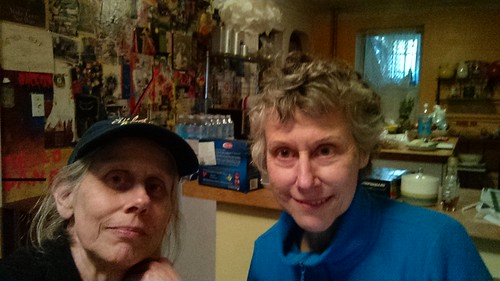 The Chloe and George reunion: 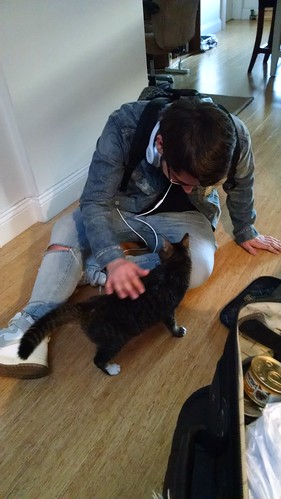 I always love the view from the F Train. I just found out that the subway stop near where I took this photo, the Smith–Ninth Streets station the highest above local ground-level of any subway station in the world. No wonder the view is so great. 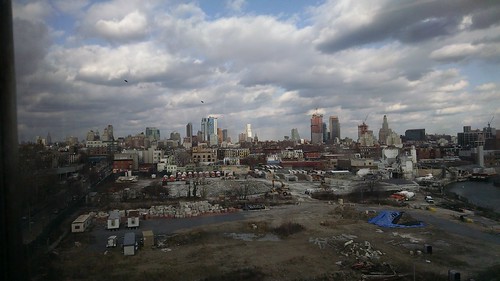 There was a horrible gas explosion and fire here last March that killed three people. Now all the rubble has been removed and nature is working to reclaim the land. I love how it moves in so quickly. But I'm sure it won't be long before someone takes out the nature and puts in some new buildings. 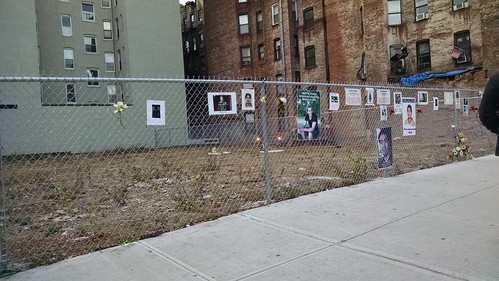 When I lived in New York, I used to walk by this monument on a regular basis. I always liked the fact that some engineers had made a monument to someone because of Bessemer steel. Now, thanks to the Internet, I know that this guy did not invent the process for making Bessemer steel, but he was the first to see its potential and start using it to make better structures. The inscription on the monument is nearly illegible from age, so the words are reposted on a plaque set in the ground in front of the monument. 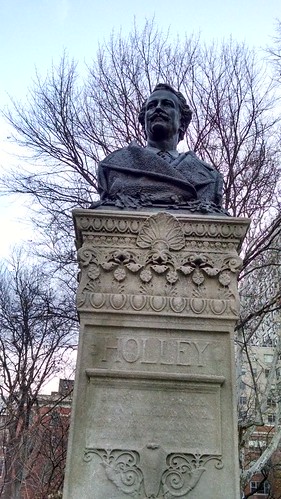 The inscription reads:
In Honor of Alexander Lyman Holley
Foremost Among Those Whose Genius
And Energy Established in America
And Improved Throughout the World
The Manufacture of Bessemer Steel
This Memorial is Erected by Engineers
Of Two Hemispheres
And that's the first installment from Christmas 2015.